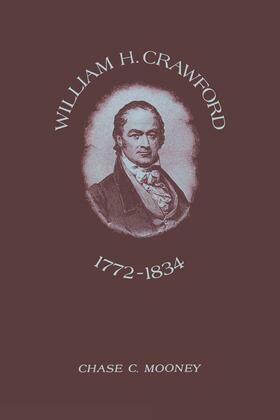 Senator from Georgia, minister to France, cabinet officer, and unsuccessful presidential candidate, William Harris Crawford was one of the major figures of the early republic. Because most of his papers were destroyed by fire during the Civil War period, however, estimates of Crawford's abilities and accomplishments have usually been based on the papers of his political adversaries—notably John Quincy Adams—and few men of his stature have received so little attention from historians.

This first full biographical study, drawing on hundreds of documentary collections, many never used in biographies and monographs of the period, throws new light on Crawford's career and his relationships with his contemporaries.