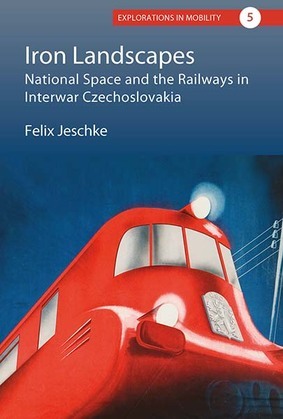 by Felix Jeschke (Author)
Buy for $29.95 Excerpt
Nonfiction History History by country Europe Eastern Science and technics Technology & engineering Social science Transportation Railroads History
warning_amber
One or more licenses for this book have been acquired by your organisation details

Throughout the 1920s and 1930s, the newly formed country of Czechoslovakia built an ambitious national rail network out of what remained of the obsolete Habsburg system. While conceived as a means of knitting together a young and ethnically diverse nation-state, these railways were by their very nature a transnational phenomenon, and as such they simultaneously articulated and embodied a distinctive Czechoslovak cosmopolitanism. Drawing on evidence ranging from government documents to newsreels to train timetables, Iron Landscapes gives a nuanced account of how planners and authorities balanced these two imperatives, bringing the cultural history of infrastructure into dialogue with the spatial history of Central Europe.