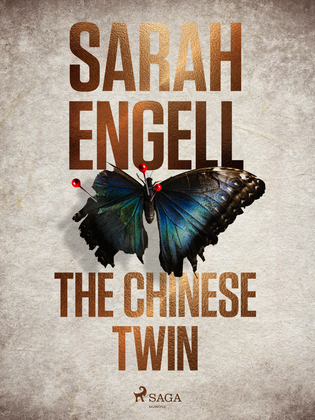 by Sarah Engell (Author), Sinéad Quirke Køngerskov (Translator)
Buy for $14.99 Excerpt
Fiction Thrillers Mystery & detective
warning_amber
One or more licenses for this book have been acquired by your organisation details

A buried corpse disappears. A child is kidnapped. A woman suddenly vanishes. The only clue - mysterious Chinese symbols; left behind at each of the crime scenes in a provincial town in Northern Denmark.

In the eye of the storm is Eva. After suffering a deeply sorrowful tragedy - where her long-awaited daughter is stillborn - Eva is fighting to get her life back on track together with her husband who recently, and inexplicably, became paralyzed and is now unable to take care of himself. In an attempt to escape her grief, Eva embarks on her own investigation to find out who is behind these violent crimes. And why. It turns out, the past will play a chilling and completely unexpected role...

'The Chinese Twin' is Sarah Engell's captivating, best-selling thriller bringing together past secrets, lies and heinous crimes in a shocking culmination.

Sarah Engell (1979) has written books for both teenagers and adults. Through the years, she has received several awards for her writing: The Carlsen Award (2017), The Blixen Award (2018) and The Claus Deleuran Award (2018). In 2018, Sarah Engell was given The Danish Arts Foundation's three-year scholarship. 'The Chinese Twin' is Sarah Engell's first adult novel.