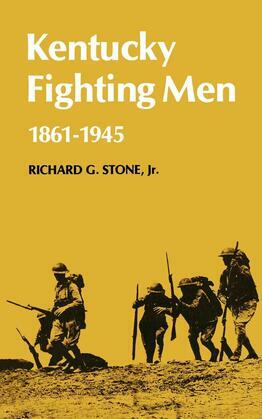 Kentuckians by the thousands have fought in all of the American wars of the industrial age. Fathers, sons, and brothers from the Bluegrass State spilled each other's blood in countless Civil War battles and skirmishes. Over the next century their descendants bore arms on the seven seas, the Far Western frontier, in the Caribbean and Philippine islands, and in China. Kentuckians took part in both world wars of the twentieth century in every capacity. Kentucky Fighting Men, 1861–1945 features individual Kentuckians who represent the overall context of the American military experience from the Civil War through World War II. Richard G. Stone, Jr. presents accounts that illuminate the heroism, ennui, tragedy, ghastly horror, absurdity, and the infinite variety of warfare and military life.