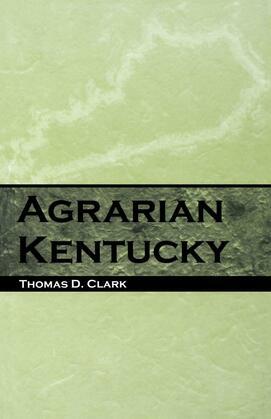 by Thomas D. Clark (Author)
Buy for $12.95 Excerpt
Nonfiction History History by country United States State & local Social science Sociology
warning_amber
One or more licenses for this book have been acquired by your organisation details

For subsistence farmers in eastern Kentucky, wealthy horse owners in the central Bluegrass, and tobacco growers in Western Kentucky, land was, and continues to be, one of the commonwealth's greatest sources of economic growth. It is also a source of nostalgia for a people devoted to tradition, a characteristic that has significantly influenced Kentucky's culture, sometimes to the detriment of education and development.

As timely now as when it was first published, Thomas D. Clark's classic history of agrarianism prepares readers for a new era that promises to bring rapid change to the land and the people of Kentucky.