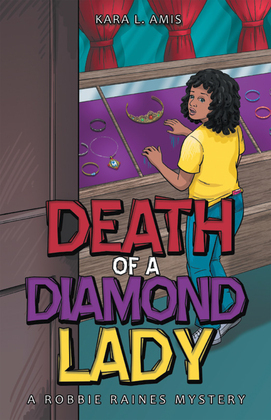 Death of a Diamond Lady

by Kara L. Amis (Author)
Buy for $3.99 Excerpt
Fiction Juvenile & young adult Detective & thrillers
warning_amber
One or more licenses for this book have been acquired by your organisation details

Robbie Raines is a budding young detective-in-the-making. When a famous singer, known for her jewelry collection, is found dead, rumors swirl that her death was actually murder. Robbie is determined to find out who did it.

After befriending the late woman’s family, Robbie discovers the singer’s most valuable gems are hidden and can only be found by solving two mysterious riddles. Using her love of history, and secret visions of famous people who appear to her with clues, Robbie unravels the riddles even as she confronts a frightening “ghost” and sabotage from her school rival.

With assistance from her best pal Stacie, Detective Granger, and even her Aunt Enna, Robbie dodges danger and her parents’ fears to uncover the truth about the death of a dazzling former star.