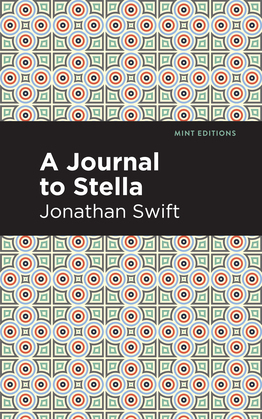 A Journal to Stella

Published posthumously in 1766, A Journal to Stella by Jonathan Swift is a complete collection consisting of sixty-five letters he wrote to Esther Johnson, whom he bestowed the name of Stella. It is known that Stella is the name Swift gave to Esther Johnson. They met when she was only eight years old and knew each other for the entirety of the rest of their lives. Swift was first a mentor to young Esther. He taught her to read and write then introduced her to the arts. Jonathan’s relationship to Esther is intriguing. While they shared a friendship for many years, Jonathan left her in Ireland when he moved to London for some time. In that time, he drew interest from several other women, but nothing came of those relationships. However, when a man showed interest in Esther and wished to propose, the letters disclose how Jonathan prevented this from happening. Such interference provides greater evidence for the affection he felt for Stella. There are no accounts from Stella herself, but Swift depicts her character wonderfully as a loyal, kind, and clever woman. The sixty-five letters to Stella that compose A Journal to Stella, explores Swift and Johnson’s relationship and history.

A Journal to Stella is an interesting study on the relationship between the highly esteemed classical author, Jonathan Swift and a woman who was very dear to him. Written with affection and detailed prose, the letters that are featured in A Journal to Stella also reveal insights on the culture of 18th century London and features many of the prominent men that Swift met. As he wrote of his daily routine and life, readers are allowed a privileged glimpse of how this famous author lived day to day, including the intimate details of his relationships.

Containing the wit and humor Swift is famous for, A Journal to Stella reveals the author for who he really was, allowing even modern readers to know this incredible 18th century man. This edition of Jonathan Swift’s A Journal to Stella features an eye-catching cover design and is printed in a readable font, making it both accessible and modern.