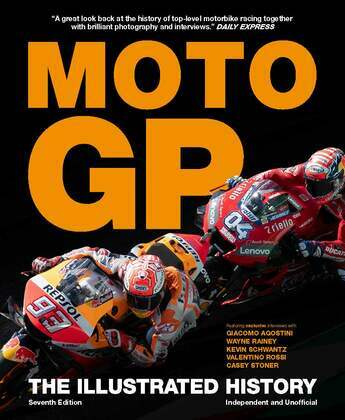 The Illustrated History of Moto GP

by Michael Scott (Author)
Buy for $16.99 Excerpt
Nonfiction Nature, recreation and sports Sports & recreation History Motor sports
warning_amber
One or more licenses for this book have been acquired by your organisation details


Previous editions of this book have sold almost 80,000 copies worldwide.