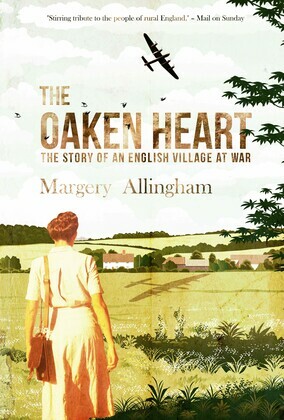 The Oaken Heart: The Story of an English Village at War

by Margery Allingham (Author)
Buy for $12.99 Excerpt
Nonfiction Biography & autobiography Literary Personal memoirs
warning_amber
One or more licenses for this book have been acquired by your organisation details

What are your war aims, Mrs. Carter? To keep this soul I’ve got alive. To keep my spirit unenslaved.


The Oaken Heart is a testament to the hope and heart that prevailed in England throughout the war: a hope for its future and for its freedom. Written by a bestselling crime novelist as a letter of sorts to her American publisher, it is a deeply personal record of a woman and her town at the dawn of the Second World War.


Allingham beautifully follows life in Tolleshunt D'Arcy (codenamed ‘Auburn’) as the town waits with bated breath for war to break out, through the unsettling calm as war is finally declared, and as they live with the very real threat of invasion.


With wit and charm, Allingham introduces Auburn, a town united, crowded around the crackling wireless, smoothly queuing for the grotesque, elephantine gas masks, opening their homes to evacuees. She recounts Auburn’s preparedness - its unwavering readiness for the war to truly begin. And when it finally did, there was still the business of living to attend to.


Honest and unflinching, Allingham sheds light on daily life during the war, and the drive of Auburn to remain free and to fight. From nightly air raids to concern about head lice, and from the devastation of the Blitz to finding rooms for lovers’ quarrels, Allingham shows the absolute human quality of the British war effort: life goes on.