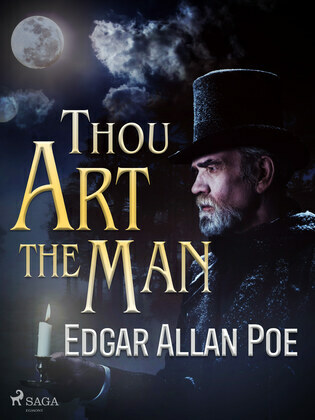 Thou Art the Man

by Edgar Allan Poe (Author)
Buy for $2.99 Excerpt
Fiction Horror Mystery & detective
warning_amber
One or more licenses for this book have been acquired by your organisation details

Poe is the master of unreliable narration and deceptive oratory. So, should we believe him when he professes to exonerate the innocent and illuminate the guilty?

"Thou Art the Man" (1844) is an early detective story by the man who is often accredited with inventing the detective fiction genre.

Alarm spreads when Barnabas Shuttleworthy’s horse returns home without him. A search is commenced and soon follows an accusation. The tribulations of the accused man and his road to redemption are depicted in a macabre way inviting a good dose of gallows humour into the narrative mix.

This macabre Poe concoction has received little attention and less praise. "Thou Art the Man" clearly shows that artful rhetoric ultimately – and always – leads to truth.