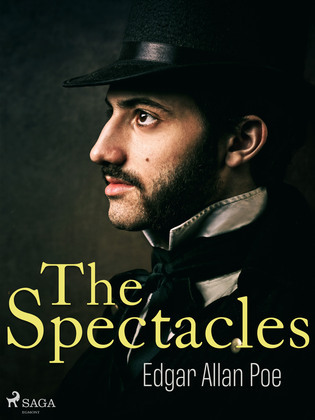 Ever wondered what would happen if Poe left his gloom and doom-hungry readers in the lurch to crack a few jokes?

The answer is Poe’s rare comedy in the form of "The Spectacles" (1844). The main character, a shortsighted and dim-witted fool (perhaps aptly) named Napoleon, inherits a large amount of money. Unfortunately, it turns out that his short-sightedness is as symbolic as it is literal, and it quickly becomes the reason behind a series of humorous escapades.

While the story begins as romance, it goes through the pains of farce, only to end on note of morality. The readers will break into laughter as they learn that love at first sight isn’t all it’s cracked up to be.