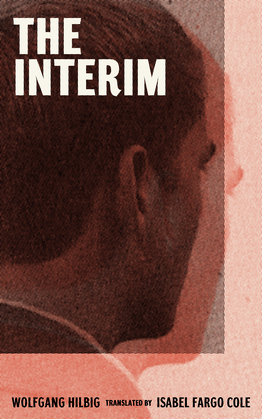 by Wolfgang Hilbig (Author), Isabel Fargo Cole (Translator)
Buy for $9.99 Excerpt
Fiction Literary
warning_amber
One or more licenses for this book have been acquired by your organisation details

In The Interim, Wolfgang Hilbig's fierce and digressive masterwork, two competing visions of progress loom over two horizons. To the East, the workers in their factories. To the West, capitalism, pleasure, so-called freedom. Somewhere in between, a writer drifts.

An anguished creature of bars, brothels, and train stations, C. is also an acclaimed East German writer. Broken by writer’s block, personal shame, and national guilt, he leaves the monochromatic existence of the GDR for the neon excess of the West. There at least the novelty of his origins grant him easy money and minor celebrity, if also a crushing sense of complacency. With his visa about to expire and several relationships hanging in the balance, C. travels back and forth—mentally and physically—between these two Germanys, contemplating, while strolling listlessly through red light districts in a boozy fog, these diverging visions of the world and what they mean for people like him: disaffected and aimless witnesses to history.

What good is freedom if it only leads to exploitation and self-destruction? To ceaseless burning gas and rubber? What role do individuals—unique, stubborn, uniquely stubborn—play in a society driven by factory quotas and tired idealism? This monumental novel from one of the greatest chroniclers of postwar Germany, masterfully translated by Isabel Fargo Cole, interrogates with bitter wit and singular brilliance the detritus of late 20th-Century life: alcoholism, car culture, consumerism, God, love, statelessness, and above all else, the writer’s place in a “century of lies.”