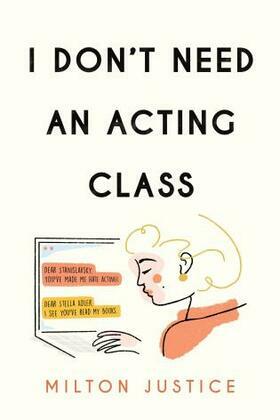 I Don't Need an Acting Class

by Milton Justice (Author)
Buy for $18.50 Excerpt
Nonfiction Arts Performing arts Acting & auditioning
warning_amber
One or more licenses for this book have been acquired by your organisation details

I Don't Need an Acting Class explores critical aspects of the technique of acting, utilizing conversations via email with countless actors. Some are aspiring students, others are seasoned professionals. The conversations document the challenges these diverse actors face as they digest what they have learned in a class or rehearsal while exploring in practical terms how to use their growing technique.

Milton Justice first began receiving emails from actors in 2008. In this book, Justice brings together email conversations between teacher and student, along with observations and commentary about acting technique and craft. Not all of the emails in the book are overly thought-out or complete. Quite the contrary, they are meant to capture the feeling of a living, breathing process as it happens. When an actor sends a teacher or director an email with a problem, be it a simple comment or confusion, it is evidence of a creative artist exploring new ground.

Many years ago, Stella Adler sent Justice a letter in response to a panicked note he had written to her while lost in the weeds during rehearsals for a new play. She set a tone for him as she succinctly defined the problem and reminded him of its elegant solution. He was overwhelmed by the care she had given him. That letter still hangs over his desk, perfectly demonstrating the power of a written exchange between a teacher and a student.