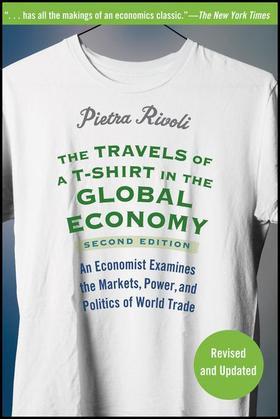 The Travels of a T-Shirt in the Global Economy: An Economist Examines the Markets, Power, and Politics of World Trade

The Travels of a T-Shirt in the Global Economy has been lauded by the New York Times, Financial Times, and reviewers worldwide. Translated into fourteen languages, Travels has received numerous awards for its frank and nuanced discussion of global economic realities.  Now updated and revised--including a discussion of environmental issues--this fascinating book illustrates crucial lessons in economics, politics, and globalization.

The major themes and conclusions from the first edition are intact, but in  response to questions from readers and students around the world, the second edition now includes: