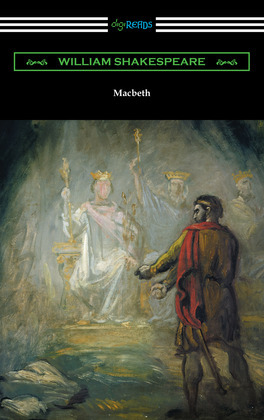 Set in Scotland, “Macbeth” is the story of its titular character, a general in the army, who conspires with his wife to murder the King and usurp the throne. One of Shakespeare’s most powerful and deeply tragic plays, the work explores the psychological consequences when an immoral path is taken to advance one’s personal position. Among Shakespeare’s tragedies, “Macbeth” is noted for the exceptional simplicity of its plot and the directness of the action. Here there are no subplots to complicate the drama, hardly more than a glimpse of humor to relieve the dark picture of criminal ambition, only the steady march toward an inevitable catastrophe. This may explain its brevity, given it is one of Shakespeare’s shortest works, it has been suggested that what survives of the text may have been heavily cut from an earlier edition for the purposes of a particular performance. This tragedy illustrates in its close a conventional poetic justice that demands the triumph of the righteous cause and the downfall of the wicked. A classic study of character, “Macbeth,” is regarded to this day as one the finest examples of Shakespeare’s literary genius. This edition is annotated by Henry N. Hudson, includes an introduction by Charles H. Herford, and a biographical afterword.