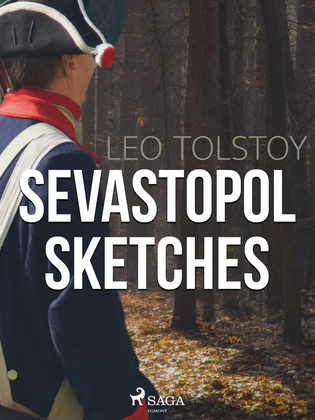 Leo Tolstoy’s ‘Sevastopol Sketches’ is a series of three semi-autobiographical short stories which are based on his own recollections and experiences of the Crimean War. As a young artillery officer, Tolstoy was present at Sevastopol – the city under intense siege during the war, and his experiences of the grim situation are retold here in gruesome detail. The horrors and realities of war are laid bare as Tolstoy contrasts the heroism of soldiers with the futility of war. Undoubtedly an influence for his later epic ‘War and Peace’, ‘Sevastopol Sketches’ is an important novel in the timeline of Tolstoy’s work.

Leo Tolstoy (1828-1910) was a Russian author, widely regarded as one of the world’s greatest novelists. His most famous novels include the epic ‘War and Peace’ and the tragic ‘Anna Karenina’. His work also includes several short stories and a semi-autobiographical trilogy which included his own recollections of the Crimean War in ‘Sevastopol Sketches’. He had a spiritual awakening in the 1870s, and became an ardent pacifist, incorporating this into his work ‘The Kingdom of God is Within You’ which is said to have had a profound impact on the non-violent resistance of Mahatma Gandhi. Contemporaries and admirers of his work included Fyodor Dostoyevsky, Anton Chekhov, and Gustave Flaubert. Tolstoy died in 1910 aged 82, leaving behind an incredible literary legacy.