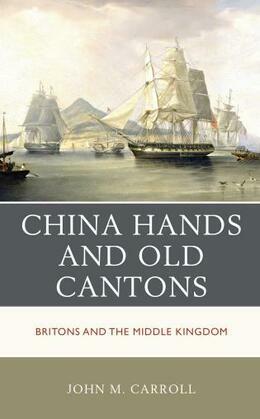 Early encounters between Britain and China are best known for igniting the First Opium War. Yet they also produced an enormous archive of writings by Britons who spent time in China. Frustrated with the restrictions imposed by the Manchu rulers of the Qing Empire, and unable to live or travel elsewhere apart from Canton and Macao, these diplomats, traders, missionaries, travelers, and military officers devoted thousands of pages to understanding China, its people, and their civilization.

In China Hands and Old Cantons, John M. Carroll draws on this wealth of memoirs, ethnographic studies, travel accounts, narratives of military action, translations, and newspaper articles to trace Britons’ wide-ranging, often thoughtful perspectives on China, long before anyone considered going to war. They discussed almost everything they saw and speculated about much of what they could not see—including the size of China’s massive population, the extent of infanticide, the origins and practice of foot binding, and the legality and morality of the opium trade. They claimed that only those who had been there could truly understand the Middle Kingdom and that their firsthand experience gave them and their publications an advantage over those in Britain and elsewhere. Carroll brings a seminal period in the Anglo-Chinese relationship, which revolved around tea and opium, to life through the words of those who experienced it intimately.