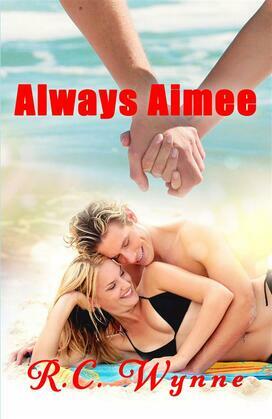 by R.C. Wynne (Author)
Buy for €4.99 Excerpt
Fiction Romance Contemporary Adult
warning_amber
One or more licenses for this book have been acquired by your organisation details

When the past knocks on the door, Clint's future may not be as bright.

Aimee Harper tried to take risks once, giving her heart, and then her body to her high school boyfriend at graduation. Yet, that didn't turn out so well, and Aimee decided to play it safe was always the better option. She would leave the risky behavior to her sister, Karla. Aimee just wanted someone to cozy up to on the couch and watch old movies with while sipping wine. Yet, then Bonnie arrived.

Clint Asher was happy with his life, content with roses that finally bloomed out of the ashes that Bonnie, his runaway wife, had made of his life. He had a great job, a beautiful daughter, and Aimee Harper to snuggle with at night. Everything was perfect. That is, until Bonnie returned.

Bonnie Asher wants her family back and is willing to play the dutiful housewife to make it happen. Aimee wants to keep Clint enticed and excited, knowing the thrill he had with Bonnie before she abandoned them. Clint just wants things to be normal. Yet, he's caught in the middle, not sure who is who anymore as the roles seem to have been swapped. Can he get Aimee to see that he only wants what they've always had before she goes too far in the wrong direction?

The Harper Twins series comes to a close with Always Aimee!!!