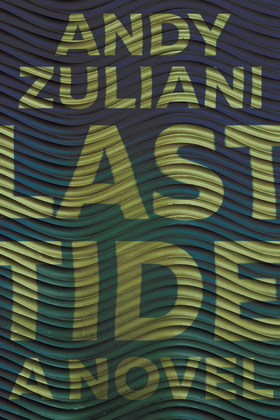 by Andy Zuliani (Author)
Buy for $6.99 Excerpt
Fiction Literary
warning_amber
One or more licenses for this book have been acquired by your organisation details

Ana and Win find themselves stuck, lifting the weight of their pasts, while frustrated by their present jobs: photographing vacant lots and decayed industrial sites, cataloguing the decline of capitalist excess to digitally scrub away humanity, making way for more gentrification.

When the pair is sent by their employers to a rustic island in the Pacific Northwest—home to hippies, runaways, and survivalist preppers—they meet Lena, an oceanographer and climate scientist, who has moved to the island in search of “the big one,” the cataclysmic earthquake and tsunami that she knows is the island and the West Coast’s due; and Kitt, an athleisure clothing mogul, who is overseeing the construction of a vacation home that will serve as his apocalypse-shelter.

These four people’s lives intertwine as a police investigation throws life on the island into disarray, as activists and agents provocateurs take action, as dormant fault lines begin to tremble.

Andy Zuliani’s Last Tide is a vital debut novel is an edgy glimpse at a world just beyond tomorrow, and a sharp reminder of what society deems valuable.