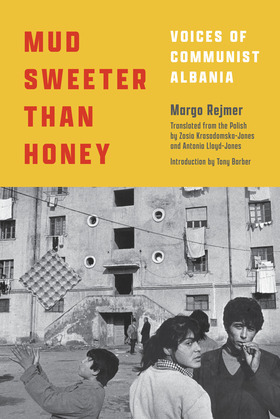 by Margo Rejmer (Author), Zosia Krasodomska-Jones (Translator), Antonia Lloyd-Jones (Translator)
Buy for $14.99 Excerpt
Nonfiction History History by country Europe Eastern Russia Other Social history
warning_amber
One or more licenses for this book have been acquired by your organisation details

A revelatory oral history of the people who suffered, rebelled, and survived under the secretive dictatorship of Enver Hoxha in Albania, one of the twentieth century’s most brutal and Kafkaesque regimes, from award-winning Polish journalist Margo Rejmer.

For nearly half a century Albania was held captive by one man. A cruel dictator with a deep paranoid streak, Enver Hoxha sealed the country’s borders, severed alliances, and enacted a totalitarian regime of gulags and purges. Many thousands suffered and died in silence, a silence that lingers today: thirty years after the end of Hoxha’s regime, its victims are still waiting for justice.

In Mud Sweeter than Honey, Albanians break the silence. Margo Rejmer spent years in Albania gathering interviews that shed light on the four decades of Hoxha’s rule and virtually every walk of life: teachers and children, imprisoned and exiled writers, nuns and factory workers. She arranges the voices of her interlocutors into a chorus that bears witness to how ordinary people lived and died. We are immersed in desperate border crossings, prison revolts, and everyday struggles to make a living. We meet a writer who finds secret freedom in a tiny village library of banned books, overlooked by censors. We meet a man who still only speaks in a whisper, afraid of being overheard.

While Albanians endured surveillance, imprisonment, and torture under Hoxha, they also read books and fell in love, raised families and found ways to survive. In the tradition of Svetlana Alexievich, Mud Sweeter than Honey is our most vivid, intimate portrait available in English of this little-understood corner of Europe.