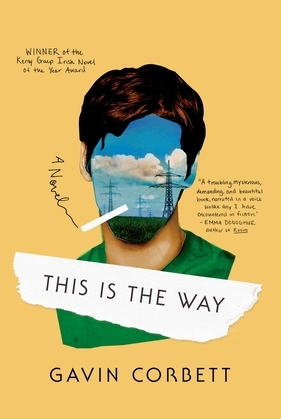 This Is the Way

Anthony Sonaghan is hiding out in an old tenement house in Dublin: he fears he's reignited an ancient feud between the two halves of his family. Twenty-first-century Dublin may have shopping malls and foreign exchange students, but Anthony is from an Irish Travelling community, where blood ties are bound deeply to the past. When his roguish uncle Arthur shows up on his doorstep with a missing toe, delirious and apparently on the run, history and its troubles are following close behind him—and Anthony will soon have to face the question of who he really is. In prose of exceptional vividness, Gavin Corbett brings us a narrator with the power to build a new, previously unimagined world. His language, shot through with dreams and myths, summons a vision of Ireland in which a premodern spirit has somehow survived into contemporary life, brooding and overlooked. Funny, terrible, unsettling, fiercely unsentimental, This Is the Way is haunted by some of Ireland's greatest writers even as it breaks new ground and asks afresh why the imagination is so necessary to survival.