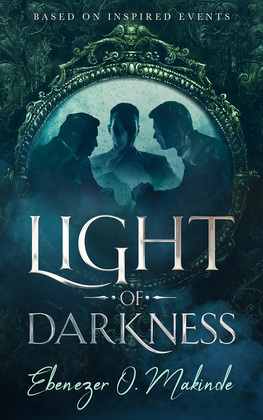 by Ebenezer O. Makinde (Author)
Buy for $9.99 Excerpt
Fiction Science fiction Mystery & detective Suspense
warning_amber
One or more licenses for this book have been acquired by your organisation details

<p>As Good and Evil sit precariously weighing in the balance, swaying back and forth with the whims and spirit of humanity, many continue to ask: What is it that gives us purpose? Who truly matters in this age of adversity? Are we coincidental masses of flesh and blood, or were we put on this earth for a reason?</p><p>Such impassable questions have been debated, answered, reexamined, and refuted since the very dawn of time. With the seemingly ever mounting confusion, it’s easy to see why many have simply given up the search.<p>Ebenezer Makinde, however, may be the exception.</p><p>On December 9th, 2019, he sent a request to Heaven for answers to the existential questions humans have been asking for centuries. He wrote a note, sealed it away in his desk, and left the uncertainty in another world’s hands.</p><p>On December 31st, one day shy of the dawn of the new decade, someone answered.</p><p><em>Light of Darkness</em> tells the story of a fateful interaction between Ebenezer and two agents from opposing worlds, one from Heaven and one from Hell. Realizing he’s been entangled in a cosmic plot putting the fate of humanity in his very own hands, it soon becomes clear that the balance between light and darkness has never reached a more critical point… will the world bask in the light of redemption or be forever doomed to a never-ending darkness?</p><p>Ebenezer finds himself caught between the forces at work in that dilemma; providing him access to information that will soon be impacting all of humanity.</p>