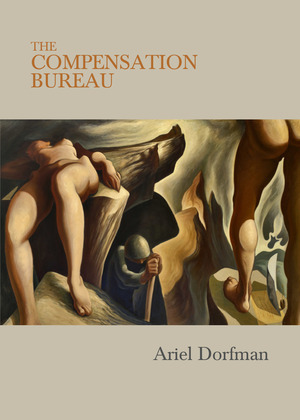 by Dorfman (Author)
Buy for $9.99 Excerpt
Fiction Fantasy Contemporary & supernatural fantasy Science fiction
warning_amber
One or more licenses for this book have been acquired by your organisation details

“I have created for each of you a fate, one tailored specifically for your needs and desires. Each of you has a defining moment—not before, not after—when a wrong turn or decision led to the disastrous outcome that you and I mourn. To isolate that malignant moment is an exacting, exhaustive process, which only the most well-trained and competent professionals, armed with the most sophisticated of predictive models and processing power, can accomplish. You can put your trust in me, as you would in an expert surgeon, a surgeon of the soul.”

On a distant planet overlooking Earth, the nameless protagonist of The Compensation Bureau is one of a team of Actuaries at work on the innovative Lazarus Project. Conceived in response to the shocking violence observed in humankind, the project identifies people who have wrongfully died at the hands of others—whether victims of war, hate crimes, or random brutality—and attempts to compensate for the cruelty and pain they faced in life and death.

But balancing the accounts for the sufferings and wrongdoings of humanity proves hardly a clinical exercise. The Actuary soon finds himself personally invested in the project’s mission, and the goals of the project itself are complicated as the fate of Earth’s inhabitants becomes more uncertain. The Compensation Bureau explores the power of individual and collective action, from a writer hailed by The Washington Post as “a world-novelist of the first category.”