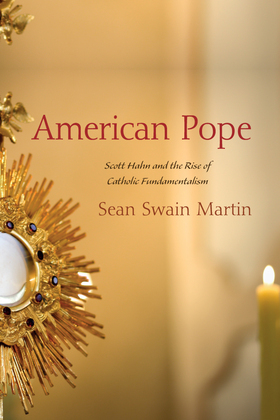 by Sean Swain Martin (Author)
Buy for $19.00 Excerpt
Nonfiction Religion Catholic Christianity
warning_amber
One or more licenses for this book have been acquired by your organisation details

As arguably the most influential voice in American Catholicism, the vision that Scott Hahn offers in his works, read by millions of Catholics throughout the world, is one of the most formative in American Catholicism. His numerous books and public speaking engagements are shaping the American Catholic Church in a uniquely powerful manner. This work demonstrates that the Catholic vision that Hahn claims to be providing his audience is, in fact, always quite different from the one he actually presents. What he coins as Catholic faithfulness is instead a straightforward and damning Catholic fundamentalism. As this vision is delivered to millions of the faithful who look to Hahn as a trustworthy guide to an authentic life of Catholic faith, American Pope acts as a critical analysis of his work.