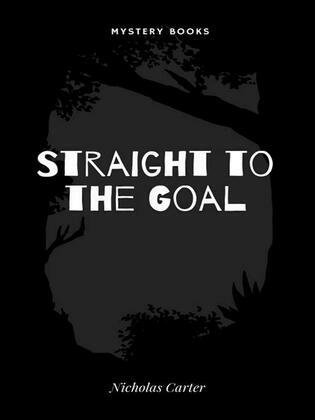 Straight to the Goal

A spear shot into the midst of the camp, and stuck, quivering, in the ground!

Patsy Garvan and Chick jumped to their feet, rifle in hand, and looked inquiringly at Nick Carter.

The detective had not moved. He was sitting with his back against a rock, a cigar in his mouth, and silently contemplating the small fire that he had consented to have made.

When the spear came sailing over the bluff, at the foot of which was the little camp, he merely glanced at it, as if it were a rather curious visitor, but not one to cause untoward agitation.

There were other persons around the camp fire besides Nick Carter and his two assistants.