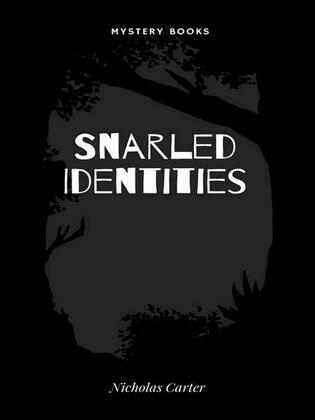 Nicholas Carter, and his first assistant, Chickering Carter, had risen early that morning, but not for the usual reason. It was a very unusual occasion in the great detective’s household, for he and Chick were actually going away for two weeks’ vacation in the Adirondacks.

The train that was to carry the two to the Great North Woods was scheduled to leave shortly after eight o’clock, and many preparations had been deferred until that morning. Now, however, everything was practically ready, their trunk was packed, locked, and strapped, their suit cases were nearly filled, and they had time for a bite of breakfast and a glance at the morning papers, which had thus far been neglected.