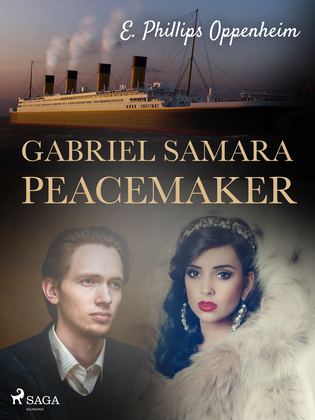 by Edward Phillips Oppenheimer (Author)
Buy for $14.99 Excerpt
Fiction Classics Mystery & detective
warning_amber
One or more licenses for this book have been acquired by your organisation details

First published in 1925, ‘Gabriel Samara – Peacemaker’ is set in the future, in 1940 in a progressive Russia. Gabriel Samara, a dedicated and principled man, is visiting the United States seeking funding when he encounters the beautiful Catherine Borans, of royal Russian descent. Risk and danger ensue in this captivating futuristic tale from popular author E. Phillips Oppenheim.