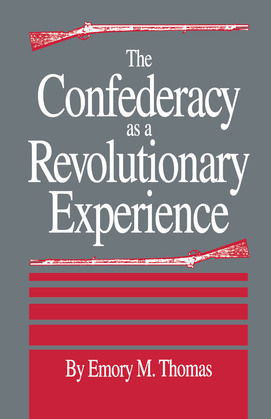 The Confederacy as a Revolutionary Experience

This volume, first published in 1971, has made us look again at the events surrounding the Civil War. The Confederate Southerners likened themselves to the American revolutionaries of 1776. Although both revolutions sought independence and the overthrow of an existing political system, the Confederates battled for a political separation to conserve rather than to create. The result, however, was a transformation of the antebellum traditions they were fighting to preserve.