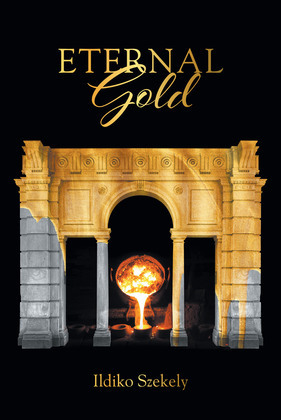 by Ildiko Szekely (Author)
Buy for $9.99 Excerpt
Fiction Historical
warning_amber
One or more licenses for this book have been acquired by your organisation details

Gold is the most precious of gifts the earth can give to humanity and the most precious of gifts which humans can offer to their gods or give to one another. It will last, unchanging, through all the ages but can be altered by the artistry of human hands. Its beauty stands alone, and when shaped by the hands of humans, its beauty can be beyond compare. People have desired it, cherished it, prided themselves in its possession, and sold their souls to possess it.

This is the story of a lump of gold mined out of the bounty of the earth and its passage through the generations and centuries of humanity. It is also not so much the story of the lump of gold and its transformation, from one object to the next, but rather the stories, however episodic, and the fates of some of those people, lucky or unlucky, happy or unhappy, who possessed it. As such, it becomes a prism through which one can view the passage and fate of generations and nations which had been, or are still, present on the stage of our existence.

By the very nature of telling such a story, one can only seize moments out of the whole texture of centuries. I admit that I have chosen periods of history which have a particular fascination for me--one individual's particular fancy. Any number of other stories could be added or inserted into this list, like pearls to a strand of a necklace. By that very assessment, this story will never be complete and awaits additions, if not by the writer, then by the reader's imagination.