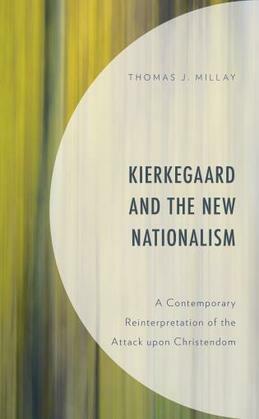 Kierkegaard and the New Nationalism

Nationalism is a globally resurgent phenomenon. From Britain to India to the United States of America, we find nations vociferously reasserting their own sovereignty, ethnic composition, and intrinsic superiority. Thomas J. Millay demonstrates how Kierkegaard’s ascetic voice speaks directly to our present crisis.Kierkegaard and the New Nationalism: A Contemporary Reinterpretation of the Attack upon Christendom analyzes the late writings of Kierkegaard in light of this new relevance, for Kierkegaard’s attack upon Christendom is also an attack upon nationalism. For Kierkegaard, taking on nationalism is not simply a matter of undermining false identity constructions. Attacking nationalism is a matter of renunciation: it requires ascetic discipline, such that the selfish motives at the core of one’s identity construction are uprooted and replaced by a self-giving love marked by the willingness to suffer.