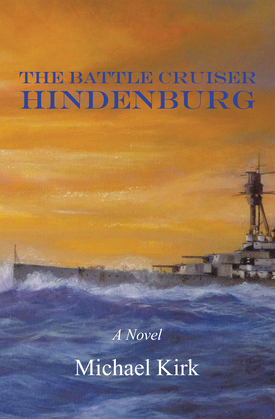 by Michael Kirk (Author)
Buy for $4.99 Excerpt
Fiction Historical War & military
warning_amber
One or more licenses for this book have been acquired by your organisation details

It’s 1918. The outcome of the First World War is still in the balance. Germany’s submarines have failed to force Britain to the negotiation table. Something else must be tried.
The 27,000 ton battle cruiser Hindenburg, Germany’s latest and most powerful, is dispatched to attack the Allied convoys.
Her Prussian captain, Rupprecht Körner, faces a daunting task. His lone ship must break out into the Atlantic, avoiding contact with the massive British fleet, and journey even as far as America to find her prey. As well as coping with the North Atlantic weather and enemy warships, Körner must keep his ship’s coal bunkers replenished. Even if he is able to find targets for his big guns - no simple task in the vast ocean - he still has to get his ship and crew safely back to Germany. The odds seem stacked against him. He needs to succeed; Germany needs him to succeed.