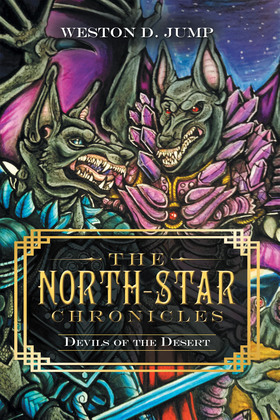 by Weston D. Jump (Author)
Buy for $3.99 Excerpt
Fiction Action & adventure Fantasy
warning_amber
One or more licenses for this book have been acquired by your organisation details

In the medieval world of Zurin, Aerin Valtheim’s life is forever changed after he defends his village from an ogre attack.

Due to his valor, Aerin receives an invitation to join a notorious order of spell-swords known as the North Star Rangers who serve as Zurin’s protectors. They represent the brightest minds and most capable warriors on the planet.

During his journey to the crown city in the Middle Kingdom Qaezzamid, Aerin discovers a plot between a desert orc chieftain and a sorcerer to assassinate the king. In order to stop the world from plunging into chaos, Aerin must travel far, hone his strength, and make powerful allies on his very first and very urgent mission.