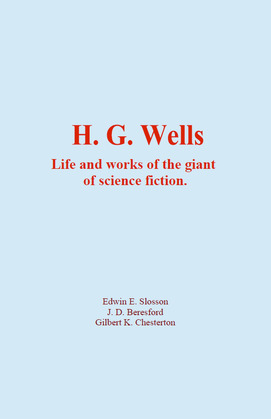 Wells defines two divergent types of mind by the relative importance they attach to things past or things to come. The former type he calls the legal or submissive mind, "because the business, the practice and the training of a lawyer dispose him toward it; he of all men must most constantly refer to the law made, the right established, the precedent set, and most consistently ignore or condemn the thing that is only seeking to establish itself." In opposition to this is "the legislative, creative, organizing, masterful type", which is perpetually attacking and altering the established order of things; it is constructive and "interprets the present and gives value to this or that entirely in relation to things designed or foreseen." The use of the term "legislative" for this latter type is confusing, at least to an American, because unfortunately most of our legislators are lawyers and have minds of the legal or conventional type. "Scientific" would be a better term than "legislative", because most of our real revolutions in thought and industry originate in the laboratory.

In his "Modern Utopia" Wells introduces a more complete classification of mankind into (1) the Poietic, that is, the creative and original genius, often erratic or abnormal; (2) the Kinetic, that is, the efficient, energetic, "business man" type; (3) the Dull, "the people who never seem to learn thoroughly or hear distinctly or think clearly", and (4) the Base, those deficient in moral sense. The first two categories of Wells, the Poietic and Kinetic, correspond roughly to Ostwald's Romanticist and Classicist types of scientific men. I have laid stress upon Wells's point of view and classification of temperaments because it seems to me that it gives the clue to his literary work.