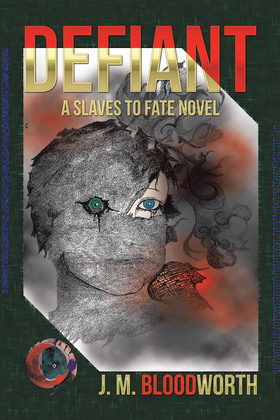 by J. M. Bloodworth (Author)
Buy for $3.99 Excerpt
Fiction Thrillers Nonfiction Human science Psychology
warning_amber
One or more licenses for this book have been acquired by your organisation details

“The world is much darker than you know—
infested with secrets
you’d much rather forget.”


What you don’t know won’t kill you—or will it? Chance Ryder has been kept in the dark his entire life about who he is and what he’s expected to achieve. After a rude awakening on his sixteenth birthday, he is tossed into a world he wasn’t prepared for, one in which he must adapt quickly if he wishes to survive.

With friends to back him, there’s more at stake than Ryder’s own life. He faces off against an assassin who’s out for blood. He also contends with reoccurring night terrors, featuring a mysterious shadow with green eyes that seems to know more about him than he does.

Ryder begins to discover the hidden darkness inside, which in turn makes him question his own morality. Every aspect of his identity has been altered, erased, and then changed again. Ryder can no longer recognize the reflection staring back at him, so he sets off on a journey to discover the truth behind his fate.