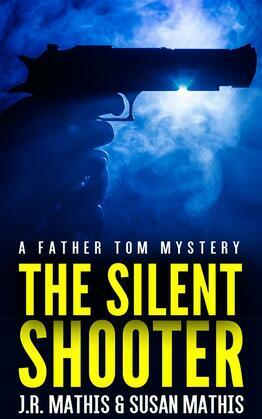 The Pope’s decision to allow Father Tom Greer and Detective Helen Parr to marry captures the imagination of the entire world. Finally, after having to hide their relationship from all but a few close friends (and one particular six year old girl), Tom and Helen can openly proclaim their love for each other, and celebrate with their parish family their future lives together.

But not everyone, it seems, is happy with their plans.

First come the letters, threatening Helen with divine justice if she persists in her plans. Then, on live television, someone takes a shot at Tom and Helen. It soon becomes apparent that someone’s decided to stop them at any cost.

But Helen  already knows who wants her dead. It’s someone from her past as a Detective in Washington, D.C. A serial killer who sees himself acting as God’s instrument to kill impure women.

With little to go on besides the letters of a lunatic and a possible connection between the killer and a fanatic priest with his own agenda, Tom and Helen are in a race against time to find a killer . . . before the killer finds them first.

And then, without warning, Tom and Helen face a crisis worse than any they’ve experienced before, one that could end their future before it even begins.