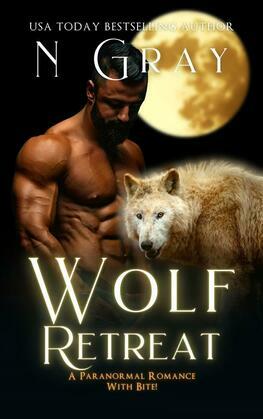 by N Gray (Author)
Buy for €3.49 Excerpt
Fiction Romance Paranormal
warning_amber
One or more licenses for this book have been acquired by your organisation details

Carmen's problem: Her pack's about to be destroyed by a rogue pack intent on claiming all their females. Their only recourse? To attend a retreat where alphas meet their forever mate. They're hoping to find an alpha who would protect them from danger.

Shawn's problem: After three years, he still hadn’t found his fated mate. When a friend suggested a Wolf Retreat, it piqued his interest enough to attend. Hopefully, one female stirred his inner beast into claiming her, or doom him to loneliness with the possibility of losing his pack.

The retreat: When Shawn saw Carmen, the dark-haired beauty with bright green eyes, sparks flew. He knew she was the one and would do everything in his power to protect her, even if it meant fighting to the death.