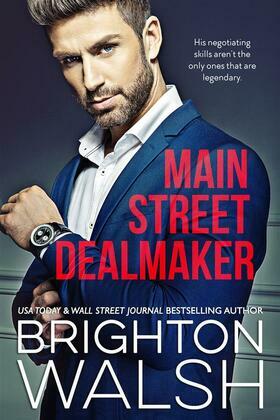 by Brighton Walsh (Author)
Buy for €4.49 Excerpt
Fiction Romance Contemporary
warning_amber
One or more licenses for this book have been acquired by your organisation details

There's no doubt opposites attract for these enemies, but there's no way there could be any kind of a future for a wedding planner and a divorce attorney...right?

All Sadie Rollins wants for Christmas is a break. Three years ago, she stumbled into her dream job as a wedding planner, but she's been so bogged down with the minutiae of inn ownership that she can't even enjoy it. She and her twin sister might have been bequeathed the Starlight Haven Inn, but the bed and breakfast didn't come with much more than extra-long hours and piles of debt.

Cole Donovan was looking for a fresh start when he moved to Havenbrook following the worst kind of betrayal. Instead, his reputation as a cutthroat divorce attorney preceded him--and tainted his introduction to the only woman he's had eyes for since his own divorce. Too bad she can't stand him.

When Sadie's cousin offers her an opportunity to have the inn featured in the country's leading wedding magazine in exchange for a bit of modeling, she jumps at the chance for some exposure. All she has to do is wear a wedding dress and pretend to be smitten with a stranger for a couple hours. The only trouble is the fake groom is no stranger, and as much as she loathes Cole, her body hasn't gotten the message. Neither, it seems, has his…