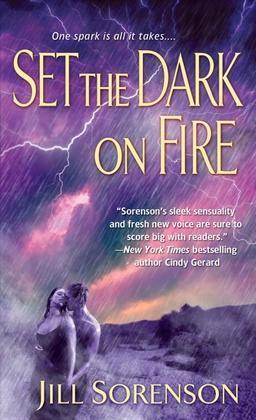 Set the Dark on Fire

In a southern California town ablaze with sordid secrets, a free-spirited biologist and a straitlaced sheriff join forces to investigate a suspicious killing—and find themselves getting a little too close to the flames…

Shay Phillips knows her way around Dark Canyon. She’s handy with a gun and can track a wild animal with the best of them. It’s humans who usually give her the most trouble. And with a hormonally charged teenage brother to raise—and an admitted weakness for the wrong kind of man—they’re giving her plenty of trouble these days. Then there’s the matter of murder. As an expert on mountain lions, Shay is skeptical when a local prostitute turns up mauled without a drop of blood near the body.