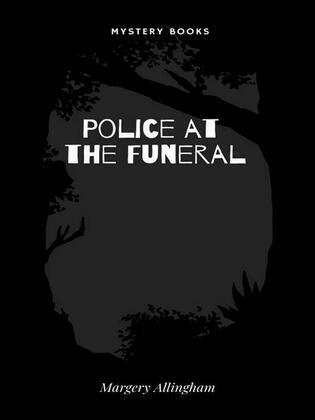 Police at the Funeral

by Margery Allingham (Author)
Buy for €1.49 Excerpt
Fiction Mystery & detective Suspense
warning_amber
One or more licenses for this book have been acquired by your organisation details

When one man is following another, however discreet may be the pursuer or the pursued, the act does not often pass unnoticed in the streets of London.

There were at least four people who realized that Inspector Stanislaus Oates, only lately promoted to the Big Five, was being followed down High Holborn by the short, squat, shabby man who yet bore the elusive air of a forgotten culture about him.

The Inspector walked with his hands in the pockets of his raincoat, his collar turned up until it almost met the brim of his battered trilby. His shoulders were hunched, his feet were wet, and his very gait announced the dejection which he felt.