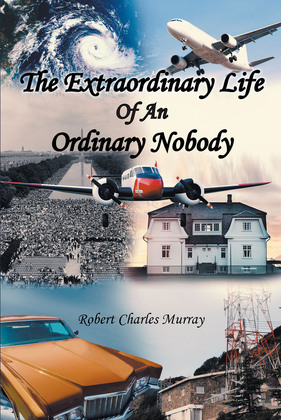 The Extraordinary Life Of An Ordinary Nobody

by Robert Charles Murray (Author)
Buy for $9.99 Excerpt
Nonfiction Biography & autobiography Adventurers & explorers
warning_amber
One or more licenses for this book have been acquired by your organisation details

This is a story of a man living an ordinary life, or so he thought. But reflecting back after seventy-five years, he realized how extraordinary it really was. He knew, like others, the answer to any question is always no until you ask the questions. In high school, his dream was to become a famous DJ. He was a DJ at the time but never really that famous. Then he wanted to be a TV celebrity. He worked in TV but never became world famous. He wanted to become a captain for a major airline, he managed to become a private pilot and that ended there. He wanted to be a meteorologist, study severe storms, hurricanes, and typhoons. He wanted to study all kinds of severe weather, maybe work for the National Hurricane Center. He studied these things, but never worked professionally on it. He had the same dreams of many young men and women. That's how his life became extraordinary. It's all in the book and all 100 percent true. Enjoy.