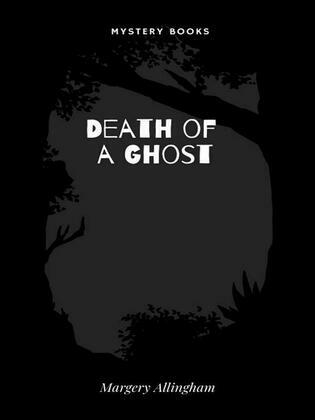 Death of a Ghost

by Margery Allingham (Author)
Buy for €1.49 Excerpt
Fiction Mystery & detective Thrillers
warning_amber
One or more licenses for this book have been acquired by your organisation details

There are, fortunately, very few people who can say that they have actually attended a murder.

The assassination of another by any person of reasonable caution must, in a civilized world, tend to be a private affair.

Perhaps it is this particular which accounts for the remarkable public interest in the details of even the most sordid and unintellectual examples of this crime, suggesting that it is the secret rather than the deed which constitutes the appeal.

If only in view of the extreme rarity of the experience, therefore, it seems a pity that Brigadier General Sir Walter Fyvie, a brilliant raconteur and a man who would have genuinely appreciated so odd a distinction, should have left the reception at Little Venice at twenty minutes past six, passing his old acquaintance Bernard, bishop of Mould, in the doorway, and thus missing the extraordinary murder which took place there by a little under seven minutes.