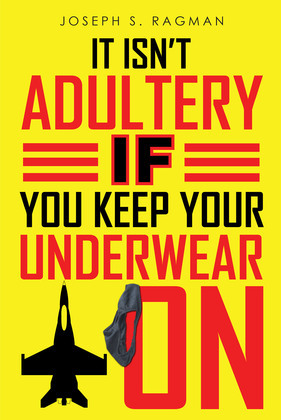 It Isn't Adultery If You Keep Your Underwear On

It Isn’t Adultery if You Keep Your Underwear On is one book that you definitely can judge by its cover. The book is obviously about humor, but there is much more. Ragman blended some fighter pilot humor with true, accurate stories about life in the fast lane, i.e., flying aircraft like the F-117A Stealth Fighter and other high-performance aircraft like the F-111 A, E, F and EF, and T-38 Talon. Over the last several years, the author found himself recalling funny sayings, quotes, stories and then writing them down. These memories somehow materialized over the course of several years. Some of the humor is downright disgusting, and depending on your sense of humor, you may be one of those people who want to banish this book to the deepest reaches of hell! If you fall into this category, you might not want to read it. I’ve warned you. You gotta love that kind of talk.

So sit back, get ready, strap in, and push the throttles and afterburner into “full grunt.” Just don’t break the speed of sound over a congested area in a foreign country, like the author almost did, or get whacked by a seagull during a bomb run at 540 mph and 300 feet above the water—no problem initially, but the engine died about an hour later. Enjoy the book. You’ve never read anything like it.