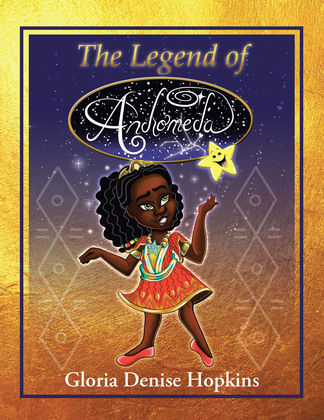 The Legend of Andromeda

by Gloria Denise Hopkins (Author)
Buy for $9.99 Excerpt
Fiction Juvenile & young adult Tales Fairy tales & folklore
warning_amber
One or more licenses for this book have been acquired by your organisation details

Little Andromeda is a young Ethiopian princess who is sent away from her parents and her palace home on a perilous journey. One day, an evil, selfish man decides to place a curse on her kingdom of Abyssinia, seeking to spread fear and superstition all throughout the land. In a desperate attempt to protect her from his dark, supernatural threat, her mother, Queen Cassiopeia, tells Andromeda to run away from home without giving her any explanation. Despite not understanding why she would do this, Andromeda obeys her mother’s command without question and finds herself in an exciting adventure exploring the mysterious jungles of her kingdom. There, she encounters many surprises, including a young prince named Perseus and his talking pet monkey, Solomon, who are traveling out of their home kingdom, Kenya, on a hunting trip. After she meets Perseus, Andromeda makes her very first friend outside of the palace, and they become very close as they try to solve the mystery about her magical star necklace. However, back at home, Andromeda’s parents and her kingdom’s people are in great danger, and King Cepheus and Queen Cassiopeia must make a huge decision to save their young daughter’s life before it’s too late. Feeling torn between her new friend and wanting to go home, Andromeda must also decide what’s truly important to her before time runs out. Can little Andromeda herself find a way to break the evil spell and save all the people she cares about while discovering why she’s special to her parents at the same time?