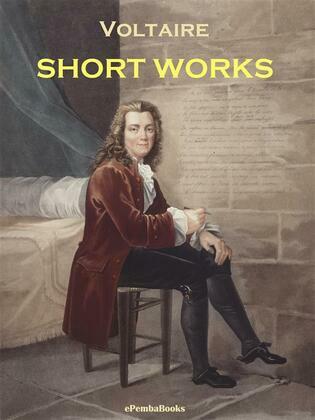 by Voltaire (Author)
Buy for €0.49 Excerpt
Nonfiction History History by country Europe France Human science Philosophy Criticism Ethics & moral philosophy Religious
warning_amber
One or more licenses for this book have been acquired by your organisation details

“Short works” is a unique collection of Voltaire's most iconic romances.

This edition has taken as a reference the “Works of Voltaire,” translated by William F. Fleming, 1901.

François-Marie Arouet (1694 – 1778), known by his nom de plume Voltaire, was a French Enlightenment writer, historian, and philosopher famous for his wit, his criticism of Christianity—especially the Roman Catholic Church—as well as his advocacy of freedom of speech, freedom of religion, and separation of church and state.