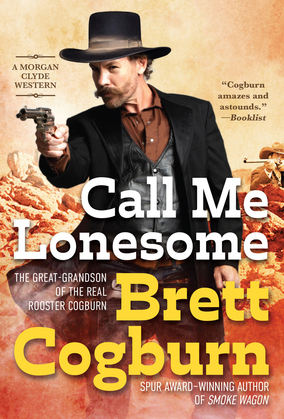 by Brett Cogburn (Author)
Buy for $8.54 Excerpt
Fiction Action & adventure Historical Westerns
warning_amber
One or more licenses for this book have been acquired by your organisation details

With a storm of hot lead he brought peace to the blood-drenched, lawless Ironhead Station, deep in the wilds of Indian Territory. Now Morgan Clyde, who fought criminals as a New York City policeman and Confederates as a Union soldier, has another war on his hands.

The bloody barbarism of the Civil War scarred Morgan’s soul as well as his body. He sent so many soldiers to Hell and almost joined them when he was struck by a bullet from the sniper known as the Arkansas Traveler. The only man to ever survive the notorious Rebel’s sharpshooting skills, Morgan finds himself back in the assassin’s sights.

But the ex-Confederate isn’t the only one gunning for Morgan. The outlaw Kingman brothers have followed him from Ironhead Station out onto the Salt Plains of the Arkansas River, seeking vengeance for their brother who Morgan killed in a gunfight. Then there’s the Pinkerton Detective agents, answerable to no law but their own, on a mission to execute him.

And as his enemies close in, Morgan strikes with the speed of a rattlesnake, the ferocity of a grizzly, and the predatory instinct of a stalking wolf . . .