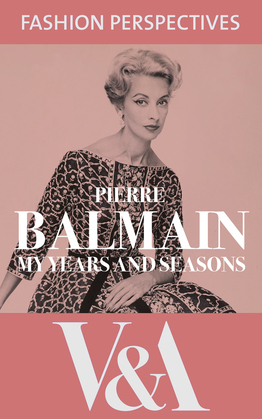 My Years and Seasons

Pierre Balmain ranks with the greatest couturiers of the mid-twentieth century. He created dresses for royalty, stage and screen stars with customers including Marlene Dietrich, Katherine Hepburn, Sophia Loren, Gertrude Stein and the Duchess of Windsor. More recently, his vintage gowns have been worn by Penelope Cruz and Angelina Jolie.

During his early career Balmain worked alongside Christian Dior for the couturier Lucien Lelong. The two became great friends, planning to set up a business together, but eventually went their separate ways – and in 1945 Balmain opened his own salon. In his autobiography Balmain recalls his single-minded journey to success, from life as the son of a rural draper to renowned designer.