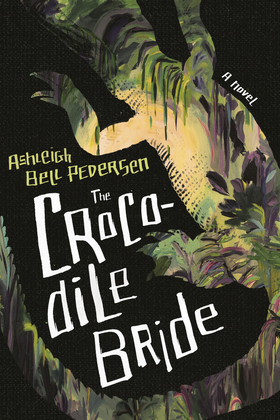 by Ashleigh Bell Pedersen (Author)
Buy for $9.99 Excerpt
Fiction Literary English literature American and Canadian literature
warning_amber
One or more licenses for this book have been acquired by your organisation details

Set during the swampy summer in 1982, this stunning debut novel follows eleven-year-old Sunshine Turner and her troubled father Billy as the secrets of their family’s past swirl around them in the one-road town of Fingertip, Louisiana.

During a hot summer of June moods, grubworms, and dark storms, Sunshine discovers stones in her chest – and learns the dangers her coming-of-age will bring about in the yellow house she shares with her father. Without the vocabulary to comprehend Billy’s actions or her own changing body, Sunshine turns to a story passed down through the generations of the Turner family: in the dark waters of the Black Bayou lives a crocodile with an insatiable appetite and a woman with a mysterious healing gift. As Sunshine’s summer unspools, she turns to the one person who will need no explanation of the family secrets she carries—the crocodile bride.

The Crocodile Bride is at once a heartbreakingly tender coming-of-age tale and a lyrical, haunting reflection on generational trauma. Reminiscent of Jesmyn Ward and Helen Oyeyemi, Ashleigh Bell Pedersen is a promising new voice in American fiction.