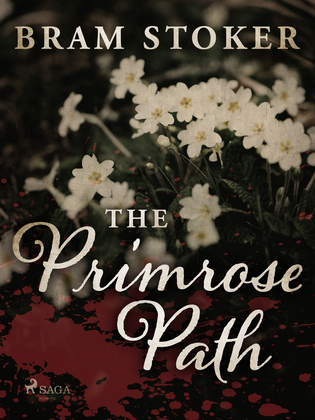 by Bram Stoker (Author)
Buy for $6.99 Excerpt
Fiction Horror Thrillers
warning_amber
One or more licenses for this book have been acquired by your organisation details

"Drink is the greatest enemy that man had on Earth".

A tale of tragedy and consumptive violence from the pen of Bram Stoker, 'The Primrose Path' follows the descent of Jerry O'Sullivan, born and raised in Dublin, as he moves to London in pursuit of a better life. Through drink, misfortune, and growing suspicions of his wife's dishonesty, O'Sullivan begins to lose himself in a waking nightmare that demands the shedding of blood.

If you liked the Netflix hits 'The Haunting of Hill House' and 'Bly Manor' or Sarah Perrey's 'The Essex Serpent', you'll love 'The Primrose Path'. A precursor to Stoker's 'Dracula', 'The Primrose Path' lays the foundations of Gothic horror and grips the reader to the very last drop.

Bram Stoker (1847 - 1912) was an Irish author celebrated for his contributions to the Victorian Gothic period. Among his works, 'The Primrose Path', 'The Snake's Pass', and 'The Lair of the White Worm', 'Dracula' is best-known as the masterpiece of Gothic Horror that introduced the vampire to English shores. Born in Dublin, Ireland, Stoker later moved to London to work alongside Henry Irving at the Lyceum Theatre, where he followed his interests in the arts, science, and the occult.