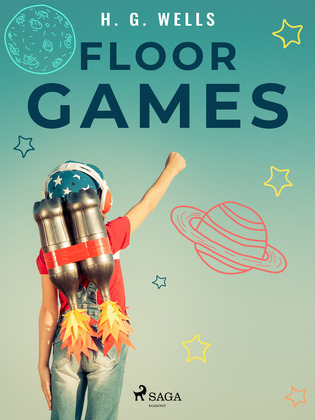 by H. G. Wells (Author)
Buy for $3.99 Excerpt
Nonfiction Medical Arts Performing arts
warning_amber
One or more licenses for this book have been acquired by your organisation details

‘Floor Games’ is a delightful book by H.G. Wells about the fun children can have with some simple toys and a lot of imagination. The author’s humorous tone in this book makes it an entertaining read for parents, but Wells also provides deeply personal anecdotes about playing with his children. Wells’ celebrated creativity is clear to see as the games he describes are about inventing worlds out of one’s imagination, constructing cities and empires from a few wooden blocks. ‘Floor Games’ is an influential book that is used by psychotherapists to assist children’s development by learning through play. A perfect read for parents who are weary of the internet age and anyone who wishes to reminisce about their childhood.

H. G. Wells (1866-1946) was a celebrated English writer, remembered mostly for his science fiction works. Often described as a futurist, H. G. Wells’ influence cannot be overstated for his works foresaw many technological innovations such as space travel, the atomic bomb, and the Internet. A four-time Nobel Prize in Literature nominee, Wells explored a wide array of themes in his works, from religion to social criticism and beyond. Some of his best works include the time-travel novel ‘The Time Machine’, the sci-fi adventure novel ‘The Island of Dr. Moreau’, and the mankind-versus-aliens novel ‘The War of the Worlds’. Wells occupies one of the central seats in the canon of science-fiction literature and his writing inspired other celebrated authors such as Ray Bradbury and Philip K. Dick. Wells’ stories are still widely read to this day and have had numerous cinematic adaptations including ‘The Invisible Man’ starring Elisabeth Moss.