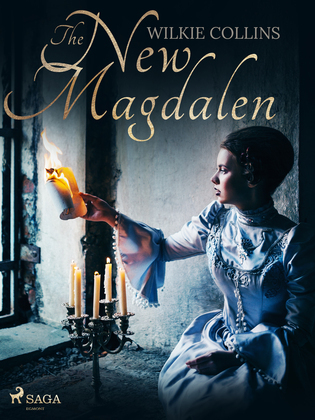 by Wilkie Collins (Author)
Buy for $11.99 Excerpt
Fiction Classics Thrillers
warning_amber
One or more licenses for this book have been acquired by your organisation details

"You don’t have to put on the red light", as Sting sings – except this female main character, Mercy Merrick, comes to that conclusion herself. Originally written as a play, "The New Magdalen" is a classic Victorian sensation novel, highlighting the prejudices against a woman of the streets in English society.

Mercy is at the frontline of the war in France when she meets Grace Roseberry, a traveller who is returning to England to connect with her wealthy English relative, Lady Roy, after being left penniless in Italy. Spotting an opportunity to change her life, Mercy cunningly takes Grace’s name. It’s a dramatic tale of a stolen identity amongst the upper classes, which would be right at home in the pages of "The Talented Mr. Ripley".

Not only a thriller, this novel is a touching display of female friendship and unexpected romance, with twists in every chapter.

London-born Wilke Collins (1824-1889) became known in Victorian England for his novels and plays, sometimes writing together with Charles Dickens. His most famous works, "The Woman in White" (1859) and "The Moonstone" (1868), are examples of the first modern detective novels.